Inevitably, with added focus and priority comes innovation. In the world of automation, two technologies are gaining traction: Robotic Process Automation (RPA) and Cognitive Computing (CC). Already leveraged by some of Australia’s fastest-growing fintechs, it is not surprising these technologies are increasingly being harnessed by BFSI incumbents.

Automation enables greater efficiencies for both employees and customers. McKinsey & Company predicts that around 2020, as the second wave of automation hits, machines will take on approximately 10–25 percent of work across banking functions, which should increase employee satisfaction as they have more capacity for higher value tasks. Customers will also be more satisfied as they become more in charge of their banking experience.

Employee headcount doesn’t decrease with automation either. Though tellers have been replaced by ATMs and online banking, the broader finance and insurance industry is still the 11th largest employer in Australia. Automation is also creating new jobs. At the same time NAB has announced job cuts over the next three years, it is also set to employ 2,000 new staff for digital roles.

So despite its advantages, why are many business professionals reluctant to grasp the opportunity of automation? Context is important here. While automation can’t fix a broken process, it can certainly optimise one that works. Unquestionably, by carrying out data-intensive tasks more quickly and accurately, automation can improve how FIs handle business processes and the development of new offerings.

But automation will not enable these improvements on its own. A more realistic perspective is to look at automation as a key component of end-to-end process optimisation. Automation as a standalone technology is not enough to reinvigorate the legacy business processes prevalent in the Australian BFSI sector currently. Rather, automation needs to be seen as a vital constituent of an overall digital business strategy that, over time, will include analytics, human-centred design, the Internet of Things (IoT) and blockchain.

Cognizant’s report, Financial Services Automation: Taking Off The Training Wheels, found that almost all of the world’s financial services leaders (90 percent) believe that RPA and cognitive technologies are critical to the future of their business.

The Australia and New Zealand Banking Group (ANZ Bank) has already deployed RPA at scale, having automated over 40 internal processes with annual cost savings of over 30 per cent in particular areas of the business. Completely automating mortgage payments and loan application processes for example, will bring about greater productivity and improve the customer journey.

Automation offers the benefit of flexibility, as automated banking processes can respond instantly to changes in the economic climate within or outside the country. The technology also helps derive results in risk and compliance reporting, and streamlines inspection of suspicious transactions reported by anti-money laundering (AML) systems. Broadly speaking, any rules-based, data intensive, largely-manual task can be automated.

Australian banks have a number of proven automation adoption strategies at their disposal. They are already mastering task-level automation and reviewing automation’s short-term potential. The next step is to look beyond simple rules-based automation to identify opportunities in line with larger business goals. Such an approach will require automation to be complemented by other technologies.

Automation will enhance the workforce, not replace it. Digital transformation in the Australian BFSI workforce is not dependent on one technology, and automation should not be seen as the silver bullet that will save it from turmoil. If you think about automation as a technology, the very nature of it involves software that learns what to do by observing human rules or activity. The way that it’s built simply does not lend itself to being used as a standalone, which is why it needs to be included in a broader business strategy for BFSIs to reach true digital transformation. 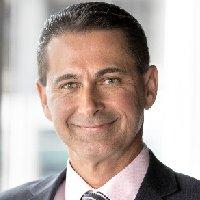