Seventy-nine per cent of Australian companies are investing in AI yet 53 per cent admit to confusion about the technology as a service to augment their business. The repercussions of this confused application of AI could be detrimental to a gender-equal corporate sector.

In theory, AI would bypass recruitment bias with gender-neutral algorithms and objective data. In practice, this may not be so. What Australian businesses fail to realise is the ubiquitous and inherent presence of sexism embedded in such algorithms due to male programming and bias in databases. As such, current AI systems are exacerbating gender discrimination in direct contradiction to the issues these recruitment policy reforms are attempting to address.

The urgency by which such businesses are adopting AI and subsequent worker backlash is neglecting a crucial pitfall. AI is merely replacing human gender bias with technological sexism, undermining productivity, efficiency and ultimately, progress. You just need to look at the recent discovery by Amazon of their subsequently debunked bias hiring tool to see how intelligent people are still missing the point.

The race to adopt AI is ironically matched by the race to meet female representation targets. Despite two-thirds of workers fearing the redundancy of their position by AI, Australian businesses believe these technologies are an essential and inevitable tool to increase productivity. This means that while female representation may be on the corporate agenda, if recruitment diminishes due to the AI replacement of human labour, the real numbers of females being employed is again nobbled.

The issue of AI is two-fold. A lack of female input into the programming and development of AI systems means that this “new” technology is founded upon male bias that is intrinsically repeated in compounded algorithms. AI cannot transcend this gender bias because it has its foundations entrenched within it.

Additionally, old metadata that has been used in the development phase as a primary source of statistical insight is also inherently embedded with racially and sexually biased information. Where there has been no acknowledgement of this bias, there can be no compensation and importantly, no correct modification to eradicate it.

As the authority of algorithms continues to permeate the corporate sector, attention and resources must be allocated to redressing AI gender bias alongside female representation targets. Reactive government regulation following corporate scandal and embarrassment must be met by grass roots initiatives to foster female voice and confidence in the STEM sectors and beyond. This is crucial to manifest gender diversity targets not only within political rhetoric but rather, as a means to remedy the skewed platform upon which AI systems have emerged.

Our not-for-profit group IntelliHQ is working alongside corporate sponsors to support young women interested in AI careers and address gender bias in the systems these corporations are quick to adopt.

The AI Workshop and its Findings

As a precursor to the 2019 Young Women Leaders in AI Program, a 3-day workshop was held with 25 young women. What was supposed to be an educational experience to develop the attendee’s skills was readily transformed into a safe space to voice the barriers pertaining to entry into this industry. What was clear, despite such barriers, was that these women represent unprecedented potential to breach the skill gap in AI integration in Australia.

Unfortunately, the next generation of AI technology is not as hopeful. It is foreshadowed by subservient female voice assistants, tech workplaces perpetually dominated by male numbers and a proliferation of insecurities expressed by the young women in the workshop.

Confidence is key. The technology sector is lacking in the numbers and internal culture to attract women to their industries and from there, reap the benefits of their technological skill and diversified decision making. The scarcity of women in the AI and technology sectors is solidifying feelings of insecurity and exclusion. They are given less important roles due to ingrained bias from their predominately male superiors contributing to social and professional ostracism for those women who fill those few female workstations.

“When WIRED reviewed Google’s AI research pages earlier this month, they listed 641 people working on “machine intelligence,” of whom only 10 percent were women.”

While their male counterparts may not necessarily have superior skills, their dominance in numbers, experience and co-worker relationships fosters an often-unsubstantiated confidence that leaves little room for women to speak, let alone succeed. As such, the onus of reaching gender diversity does not lie with women seeking jobs alone, but rather, it importantly lies with men in these industries to warrant deserving women the same opportunities.

What is needed is a focus away from adopting shiny, new, politically advantageous technologies and toward an allocation of time and resources to understanding and incorporating non-bias, tailored AI to each Australian business. The skills required to identify and rectify bias exists among the talented young women expressing an interest in, but also insecurity toward the technology and corporate sector.

The capability to remove bias in AI may lie with those women specialising in technology, but the opportunities to do so can only be provided by corporates who are recognising the issues of early AI integration. We are entering an era where skilled women are highly sought after and crucial to remedying flawed AI systems. As such, it is Australian business’s responsibility to reach out, foster female confidence and sponsor programs that see through culturally improved workplaces.

If this technological shift accompanies the existing emphasis on female representation targets, corporations will have earned the right to proclaim their commitment to gender diversity.

SHARE THIS STORY
0
SHARES
join the discussion
Open Banking is a game changer for the Australian financial sector
‘Automation Nation’: The operations imperative in financial services
FROM THE WEB
Recommended by Spike Native Network 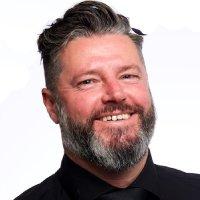