The high-profile Hayne royal commission saw dubious processes and practices exposed to public view, with the upshot of these revelations being the collective realisation that significant change was essential and long-overdue.

On the operational front, circumstances have been equally ‘interesting’. In addition to enhanced regulatory scrutiny and the knock-on effect of a cooling housing market, Australia’s institutions are grappling with a business landscape that’s been altered immeasurably by digitisation, in a short space of time.

The days of customers choosing a bank for life are deader than the dodo. Today, businesses and individuals are comfortable dealing with multiple service providers and switching between them to get the best deal.

The rise of the smartphone has resulted in a corresponding drop in face-to-face interactions and created an expectation that services will be available on demand 24/7 via the channel of the consumer’s choice.

These changes in customer behaviour have been the catalyst for a wave of transformation initiatives which harness a gamut of new technologies, including cloud, artificial intelligence and machine learning and big data.

In 2017, for example, NAB announced plans to invest $4.5 billion over three years re-engineering its core systems and processes. At the same time, ANZ embarked on a massive agile transformation initiative, to enable it to respond more quickly to customers’ demands and expectations.

The bottom line is this: financial services providers that want to stay in business have been forced to accept that the days of doing business on their own terms are done. Continual investment in ICT infrastructure and systems to enable them to keep the customer satisfied is the new normal and that’s unlikely to change any time soon.

Facing off threats from non-traditional competitors

In the old days, Australia’s financial services sector operated in a relatively simple manner – big four banks gobbled up the lion’s share of the business and a slew of second-tier institutions shared the remainder. The Fourth Industrial Revolution has made things considerably more complicated.

Here in Australia, we’ve seen the emergence of a new breed of agile disruptors; fintechs like the share market sensation Afterpay and neo-lender Wisr are carving off lucrative slices of what was once safe business for the majors.

Internationally, non-financial institutions such as Amazon and Facebook are looking for ways to leverage their customer bases of billions, to expand and diversify.

Some of these new players are not subject to the same rules and regulations as traditional financial institutions, making it tougher for the latter to compete. Afterpay, for example, is not governed by Australia’s National Credit Code, by virtue of the fact it’s considered a ‘payment provider’, rather than a lender or credit provider.

Australian financial service providers faced a chorus of calls for increased regulation, in the wake of last year’s royal commission into the sector and there’s every reason to think that’s what they’ll get. Commentators expect the introduction of a range of new measures including expanded enforcement powers for industry regulators APRA and ASIC and greater penalties for institutions which do the wrong thing by customers.

Ensuring compliance with enacted regulations is neither free nor cheap and it’s likely we’ll see institutions having to invest heavily in systems and processes that enable them to demonstrate they’ve – belatedly – gotten their respective houses in order.

It’s going to be a case of ‘those who harnesses digital technology best win’ as Australian financial service providers race to find and maintain their places in today’s uncharted and rapidly evolving landscape.

Emergent technologies, such as blockchain, artificial intelligence and machine learning, which enable machines to simulate and augment human intelligence, will be integral to their strategies.

They’ll be used increasingly to perform repetitive manual tasks, provide decision makers with fresher and more detailed data on which to base their calls, deliver the personalised products and services today’s consumers demand and enhance the security, traceability and transparency of transactions.

The latter has become an ever-more-vital imperative, following the growth of the global marketplace and the rise of instant and virtual payments.

Security risks have never been greater but blockchain and AI driven tools and technologies promise to become the foundation of a secure, agile and intelligent environment in which institutions and customers can place their trust.

These technologies have a way to go yet – and so does the disruption process that’s sweeping the sector.

It’s an exciting and unsettling time for financial institutions, given standing still is not an option and the rewards promise to be significant for those that get it right.

SHARE THIS STORY
0
SHARES
join the discussion
Is cloud holding back Australia’s businesses?
The foundation for digital innovation
FROM THE WEB
Recommended by Spike Native Network 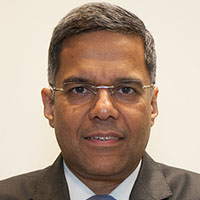