Data provided by fintech venture capital investor Seed Space notes that Australia’s early stage venture capital limited partnership scheme currently offers a 10 per cent tax offset to investors in “innovative companies at the early and growth stages of the startup life-cycle”, according to information on the Treasury website.

Similar incentive schemes in the US offer an up to 100 per cent tax offset for early stage fintech investors depending on the state where the investment is located, while the UK’s investment scheme offers an up to 50 percent tax offset.

Early stage fintech investors in Japan are offered a 25 per cent offset for investing in early-stage companies, the Seed Space data noted.

In a submission to the Senate committee on fintech and regtech, the company said not only were the incentives available in Australia not large enough to push investor money towards the fintech sector, the concession scheme was also restricted in the types of companies investors could fund, with service businesses such as robo-advisers and neobanks excluded.

“Many Australian fintechs are excluded from these incentive programs, despite their use and development of innovative technologies and creation of novel business models,” the company said.

“The committee should investigate the criteria for eligibility of these programs, especially the use of defined activity tests, to ensure fintech start-ups are not unduly excluded.”

In order to boost Australia’s competitiveness as a global investment hub for fintech, Seed Space managing director and founder Dirk Steller said the government should also look at investment matching programs such as those used in European markets.

“In the UK and also in the EU, there are government direct investments into VC firms often through matching programs, i.e. the VC firm raises $50 million and the government adds another $50 million,” Mr Steller said.

“We believe the Australian Future Fund could have similar provisions.”

Mr Steller said it was also important to tie in the education sector to ensure fintech continued to thrive as an industry locally, with other markets extending grant schemes to academic studies around fintech.

“In the UK, salaries of fintech-focused PhD students are paid for up to three years when working for selected fintechs,” he said.

“This is an important measure and one that could be developed in conjunction with Australian universities.” 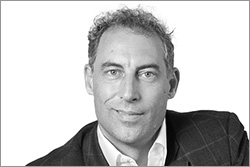