The deal, which would have seen Latitude pay $35 million in cash and 150 million shares for Humm’s buy now, pay later (BNPL) and credit card operations, was originally announced in February at a total value of $335 million.

In a statement to the ASX on Friday, Humm confirmed that the general and scheme of arrangement meetings that were due to occur on Thursday 23 June would be cancelled.

“The Board of Humm continues to believe that HCF is a high-quality business and intends to review HCF’s strategic direction to focus on its core products and markets in order to restore profitability,” the company said.

A trading update released by Humm on Thursday had described the trading environment for HCF as “very tough” due to intense competition, rising interest rates and weakening consumer sentiment.

Humm chair Christine Christian said the consumer finance division had experienced a reduction in net receivables, net yield compression and higher expenses with year-to-date cash net profit after tax down about 61 per cent versus the previous corresponding period.

“Without enhanced scale, which the Latitude transaction will deliver, the outlook for HCF will be even more challenging,” Ms Christian said on Thursday.

Meanwhile, in a separate statement to the ASX on Friday, Latitude thanked Humm and its board for consideration of the offer to acquire HCF.

“BNPL represents less than 1 per cent of Latitude’s revenue and receivables,” the company noted.

“Latitude Group is experiencing good organic volume growth, is profitable and well capitalised to execute on a number of opportunities ahead.” 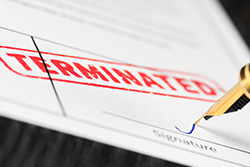