But it can be thrown off course. Prime Minister Scott Morrison’s thought bubble about moving Australia’s Israeli embassy from Tel Aviv to Jerusalem during the Wentworth by-election last year was one such example. Now we have the Christchurch massacre that prompted Senator Fraser Anning to tweet this inane comment: “Does anyone still dispute the link between Muslim immigration and violence?” These comments, widely followed on social media in Indonesia, gnaw away at the relationship, making it that much harder for Australians to do business with our largest neighbour.

Yet the benefits for doing so are self-evident. In terms of merchandise trade, Indonesia ranks 10th, while for services it’s only 14th. Indeed, in the 2017-18 financial year, services took a backward step, retreating 6.5 per cent. Clearly there is room for growth – with benefits to both countries.

What still seems to cloud Australian businesses’ thinking about Indonesia is the perception that it’s a mysterious, difficult country to operate in. By adopting this approach, it’s my experience that what Australian business is really saying is that Indonesians don’t think and act the same way as we do, with the consequences being they exclude themselves from a market with huge potential.

Just consider these numbers. Raiz Invest estimates that there are more than 55 million in the consumer class alone in Indonesia, a figure set to grow to 110 million by 2030. To use another measure, in Australia, Facebook has about 17 million monthly active users – in Indonesia this is more than 130 million and growing, we estimate.

These numbers should excite Australian businesses. Although Indonesia undoubtably has its issues, it has made enormous strides post the Asian Financial Crisis in the late 1990s to modernise its economy and lift its people’s standard of living. Department of Foreign Affairs and Trade figures show real GDP per capita growth has averaged 5.1 per cent over the past six years to 30 June 2018 where it topped out at US$13,176.

Certainly, it excites Raiz. Our expansion into south-east Asia (Malaysia is also on our radar) took a major step forward late last year when we secured a licence to distribute mutual funds. The Indonesian Financial Services Authority (OJK) awarded our subsidiary, PT Raiz Invest Indonesia, a Mutual Fund Selling Agent (“APERD”) licence to market mutual funds. Although there are more reviews to be done by the OJK of Raiz’s mobile-first saving and investing technology before we can become fully operational and distribute a micro-investing product in Indonesia, there is light at the end of the tunnel.

It’s our firm belief that once all the formalities are ticked off, the Raiz app will attract strong demand in Indonesia. People are aspirational, working to enhance their education, lifestyle, and wealth, all of which dovetails with what we are offering.

It’s not been easy. But it wasn’t easy in Australia either. What you must remind yourself is that we are trained to do business in a certain way in Australia – this particularly applies to financial services – so what appears like hurdles in Indonesia is just a different way of doing business.

This is why it’s imperative to have a good business partner and people to help you navigate your way through the regulations. In Indonesia, we have secured a licence by adopting this approach, and we are confident of achieving the same result in Malaysia.

Make no mistake; patience is required. Nothing moves in a straight line, and sometimes all seems to be lost, but persistence, firm relationships and a good product should triumph in the end. Humility, too, is an important part of the equation; the notion that the “Australian-way” must be duplicated in Indonesia can only be self-defeating.

Indonesia is an exciting market, as too Malaysia, Thailand and other south-east Asian markets. The rewards will come – it just requires time, effort and patience.

SHARE THIS STORY
0
SHARES
join the discussion
Rise of the machines: AI for financial planners
From devolution to revolution: Rebundling the banks
FROM THE WEB
Recommended by Spike Native Network 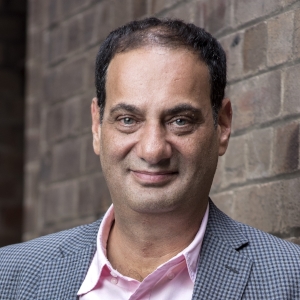