As Prime Minister Scott Morrison announced his new-look ministry, it served as an immediate recognition of the fact that the voice of fintech in this country was being heard.

The government’s push to mandate comprehensive credit reporting (CCR) from Australia’s largest credit institutions in 2017 was a resounding victory for fintech and a real turning point for the Morrison government in its journey on fintech reform. The legislation was geared at spurring on greater competition and transparency in our financial services sector by encouraging all ADIs (including the big four banks) to share data – a key outcome the fintech industry has been lobbying for. Effective from 1 July 2018, the new regime was a pivotal step for fintech because it opened up the lending market to new players by enabling them to better assess the credit risk of customers. Senator Hume, who is a member of the Senate Economics Legislation Committee, played an active role in helping push for a CCR regime in Australia. Prior to that, she served as a senior policy advisor for industry fund Australian Super and held roles for the National Australia Bank, Rothschild Australia and Deutsche Bank – all of which make her an excellent candidate to help lead and enact positive reforms on the behalf of our fintech community.

We can also take great encouragement from the message that we have heard loud and clear from a Prime Minister who has been no stranger to fintech innovation since he rose to the role of Treasurer in 2016. Speaking at a H2 Ventures event back in 2016, then treasurer Scott Morrison described his passion and excitement for the fintech sector and its ability to connect capital to entrepreneurs, ideas with businesses and products that could in turn create economic growth and “change the lives of Australians and people far beyond our shores”. Delivering a keynote address at fintech Australia’s Intersekt event the following year, Prime Minister Morrison went further.

“[Our] government wants to offer home-grown and offshore fintech innovators an opportunity to develop and refine new products and services in the Australian market through a regulatory system that allows them to be frictionless through their scale journey while still becoming regulatory match fit for deployment into domestic and global markets,” he said at the event.

“I want Australians to be in a position to make better decisions. The government understands the importance of a move towards unified open aggregated financial data standards in order to legitimise the current practices employed by fintech innovators and give Australians better ways to understand, manage and maximise their finances.”

Importantly, Prime Minister Morrison recognises that open data policies are about improving outcomes for consumers. One of his great achievements to date has been taking action on the Consumer Data Right and a move to follow our UK counterparts by introducing open banking reform. Set to be implemented in July this year, open banking has the potential to lift competition in financial services and the way in which Australians interact with the banking system – a real win for our fintech start-ups. The introduction of open APIs will help Australia keep up with global trends in the growing digital economy and could help unlock new waves of products and competitive pricing by fintech start-ups taking on the incumbents in a space where they have been historically slow to innovate. That’s why the push for open banking in Australia is a sure sign the government is listening.

What’s more, the federal government last year announced a $2 billion fund for small businesses to give them ready access to finance at a low cost. This was an important step in the right direction for recognising the capital constraints that many Australian start-ups and fintechs face. For far too long, start-ups in Australia have struggled to attain the funding they need to help their business grow. The newly-created fund will operate by purchasing packages of secured and unsecured SME loans issued by smaller banks and non-bank lenders such as fintechs, boosting funding to these smaller lenders who can then lend to small businesses, thereby potentially lowering SME borrowing costs. That was yet another indication of the federal government’s willingness to address the concerns of a fintech sector looking to provide competitive offerings.

To continue to build on the series of successes that we have encountered to date, the Prime Minister now has a busy schedule ahead if he is to actively promote and encourage the right policy settings that foster greater investment in fintechs and help bolster innovation in this country. One area we would like to see given further consideration is a clearer vision on how the government plans to ignite capital investment in Australian early-stage high-growth technology companies. A policy initiative Scott Morrison could look at is making additional improvements to the Early Stage Venture Capital Limited Partnership (ESVCLP) and Venture Capital Limited Partnership (VCLP) regimes, introduced in 1 July 2016. These provide tax exemptions for those investing in innovative companies at the early and growth stages of the startup life-cycle, helping our local fintechs go public or attract buy-in from institutional investors.

Scott Morrison’s victory in this year’s federal election gave our country its strongest affirmation that fintech innovation in this country would continue to be seen as a priority for a strong national economy and financial services sector. Time and again, the federal government has committed to a series of reforms that will bear fruits for the fintech sector in the years to come. Now, with Senator Hume overseeing financial technology as a key area of policy, let’s make sure we continue to build on this momentum and make Australia’s fintech sector more internationally competitive. 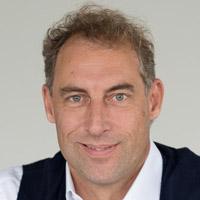