Unicorns are mythical creatures that have been described as a beast with a pointed and spiral horn projecting from its forehead. My six-year-old niece adores them.

In tech, a unicorn refers to a start-up valued at over US$1.0 billion – Aileen Lee choose the name to represent the rarity of such ventures. Our clients share similar feelings to my niece about these creatures.

You might have noticed CB Insights Q2 fintech report welcomed Australia’s newest entry to that list, Judo Bank, with a valuation of US$1.4 billion.

I thought, "Wow. That is a massive number." Then I realised I’d forgotten the FX rate and after taking that into account the valuation being ascribed to Judo is over $2.0 billion!

Of course, Judo recently closed its $400 million Series B raise. The new shares changed hands between willing buyers and sellers in normal market conditions. CB Insights asked for the price the shares traded at, published their report and job done. All sounds quite reasonable.

Until we try to reconcile it with other facts we know about Judo Bank. Let me set these out briefly:

There are a few reasons we reckon the $2.0 billion valuation is a long way off the terms agreed in the Series B deal.

Let’s get a little more specific. The CB Insights report doesn’t specify whether the valuation is pre or post-money. I’m going to be conservative and assume it is post-money, which implies a pre-money valuation of $1.6 billion. Based on those numbers, the original investors if they had sold, would have achieved over 10x their original investment in approximately 12 months.

What did Judo do in those 12 months with the original $140 million to achieve such phenomenal returns? They worked on three things:

As you can imagine, Judo was naturally cautious and started off slow. I’m guessing that Judo’s loan book was under $500 million in around May 2019 based on reports they are expecting it to be around $1.0 billion at the end of this year.

Conveniently, a business that looks a lot like Judo hit the ASX in June 2019. It also makes loans to Aussie SMEs, has about $150 million in book equity and is expecting to write $750 million in new loans in 2019. That business is Prospa (ASX: PGL) and its market capitalisation today is around $680 million (a long way from the supposed $2 billion valuation of Judo) (remember I’m comparing the pre-money valuation so am comparing businesses with similar levels of equity).

A statement buried in the recent Bendigo and Adelaide Bank results supports this; “the strategic focus on reducing complexity and cost in our business saw us return the Rural Bank ADI licence [to APRA]”. I’m sure management would have monetised and sold the licence if was worth it to do so.

The final thing to think about is dilution. Based on the supposed valuation, the new money should have received around a 20 per cent shareholding (much of the new money was international investors). Instead, we know that international investors are around 50 per cent of the register, with 35 per cent being local and 15 per cent employees and management. Had the deal been done at $2.0 billion, the founders would surely have suffered far less dilution.

So, how did CB Insights arrive at their number? We suspect they found the article written by Cara Waters, who writes for The Age and SMH, and perhaps misread it. She writes:

"Challenger bank Judo has raised $400 million in the biggest individual private funding round by an Australian start-up, making its founders multimillionaires on paper. The equity raise is record-breaking when combined with Judo's $140 million raise last year and values the bank at $1.5 billion to $2 billion over the next two years."

Cara’s article is absolutely reasonable and she adds a big caveat, with four important words being “over the next two years”. CB Insights conveniently ignores the fact that something worth $1.5-2 billion in a few years is not worth $2 billion today.

So, at what valuation did Judo get their raise done at? I don’t know precisely but my best guess is that it was north of $200 million pre-money (or $600 million post-money); but I just don’t know how far north.

A unicorn? Not quite yet – investors have already pumped in $540 million so they are already more than half-way there. If they maintain their growth trajectory and raise some further capital, it won’t be too long. 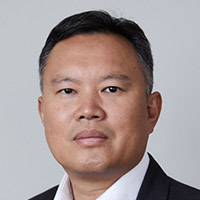