Screen scraping has, for over two decades, been a vital means of accessing consumer-permissioned financial data for many financial service providers worldwide, but it remains unregulated and so questions around its security continue to arise.

The promise of CDR is clear: consumers get more control over their data, improved privacy and security, and a better user experience. Businesses get real-time, reliable and rich financial data they can use to streamline and personalise their products and services.

But even with all of these benefits, there hasn’t been much takeup among fintechs. That’s mostly down to two big challenges, being that for a long time, the data coverage was too low and getting access was expensive and difficult.

Data coverage has increased enormously in the last six months. We now have over 100 banks sharing data, from transaction accounts and credit cards to mortgages and personal loans. That’s more than 97 per cent of household deposits covered.

Neo-banks like Up, 86:400 and Volt Bank are now available for data sharing, opening up access to these new players for fintechs in a way that was previously impossible.

So, what about being able to easily access CDR data?

Well, new accreditation models like CDR Representative, and disclosure consents for Trusted Advisors and CDR Insights, have made it easier than ever to get started with CDR. In some of these cases you may not need to get accredited at all.

It’s worth pointing out, though, that some financial products and providers aren’t part of CDR yet. And some of those are quite significant. If your use case requires data from BNPL, non-bank lenders or superannuation providers, CDR won’t provide this… yet. But with open finance on the horizon, that won’t be far away.

At some point, and for open banking to be successful, there needs to come a point at which electronic data capture is phased out.

This isn’t a new argument: the banks have been waging war on screen scraping for years, dating back to the days when big banks would block certain IP addresses and prevent it from occurring. It took bold stands by Raiz and their customers, for example, to “convince” them to turn the tap back on.

The banks’ arguments aren't without merit either. Sharing your online banking credentials with third parties isn’t always the smartest strategy, particularly in an age of heightened data awareness and security. Good luck ensuring that your credentials are deleted from all places if you want to stop sharing…

In the short term, we see a hybrid solution on the horizon that mirrors the UK position in which screen scraping has been outlawed if there is a viable Open Banking connection available that provides the same depth and breadth of data that has been previously available via EDC.

Two years ago, the fintech community lobbied strongly to the Senate Committee of Financial Technology and Regulatory Technology that a ban on screen scraping would cripple the fintech industry.

This was before open banking was live in Australia. The regime has developed and progressed immeasurably since then, and there is a reliable and increasingly mature alternative. A sensible sunsetting of screen-scraping and a move towards a cheaper, faster and, ultimately, better service to consumers is the only way to ensure the success of the consumer data right. 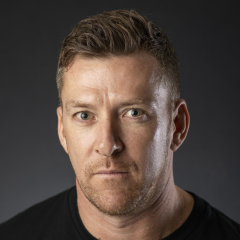