A majority of the presenters at FinovateSpring 2016 were from the US, with a small delegation from Europe and a scattering of finovators from around the world.

Mind-blowing statistics came hard and fast. Finova Financial stated that more than 50 percent of Americans are unable to find $400 in an emergency!

Finova Financial is a car title lending app that assists Americans by providing short-term loans without taking physical possession of their cars.

And PayActiv told us that two out of every three families in the US is currently living with financial stress, while 90 million Americans live pay-cheque to pay-cheque.

PayActive disrupts the destructive cycle of payday loans by giving workers access to wages they have already earned but have not yet been paid. The firm also offers a simple mechanism for savings and very comprehensive end-to-end tech.

While many of the solutions are very 'US-centric', one of the key international themes at FinovateSpring 2016 was the rise of richer omni­-channel interactions to deliver a truly seamless customer experience.

A customer’s call to the service center, interactive voice response (IVR) technology and a smart app will all simultaneously link.

Also in the omni­-channel field are Empyr, which is linking smartphone advertising apps with real in-­store experiences and managing the customer experience right up to the checkout counter.

Kore demonstrated some innovative technology with smart natural language bots answering queries on email, messenger and text, allowing the consumer to engage on their own terms via the channel of their choice.

The standout omni-­channel offering, however, was SaleMove, with technology that makes the online experience just as friendly as being in-store, with popup advisers ready to help via chat, video and screen sharing.

While the technology is impressive, the people around me were all wondering about the compliance issues that could come with the tool.

Silver6 wowed the audience with a truly new experience – unique, personalised video content created on a mass scale, with customised infographics and video, generated automatically from data to deliver easy-to-understand video content for every client.

I’m imagining compliant, unique statements of advice in a clear and concise video format that is really consumer-first.

As an automated advice technologist, I was particularly interested in WorthFM, a financial robo-­adviser created by women with the avowed intent to financially empower women.

As well as the excellence presented by American fintechs there were some impressive innovations from around the globe.

Comarch, all the way from Krakow in Poland, brought a sci-­fi flavour to their demo as their tool adds virtual reality to wealth. With a virtual reality headset and spacey visualisations, the tool looks like a Star Wars fighter pilot’s headset dashboard!

The feel-good app of FinovateSpring 2016 was undoubtedly BanQu. BanQu provides a humanitarian solution to refugee poverty, using biometrics to create identities for the displaced individuals who have left every part of their lives behind.

The cool tech twist is that it’s built on blockchain! When I attended Findevr in New York earlier this year, I could see that the majority of US fintechs typically have access to greater funding than early-stage Australian businesses.

My guess is that most of the fintechs we saw would have already secured at least US$5 million in capital.

At FinovateSpring 2016, the benefits of a secure cash flow runway were again apparent in the confident style of presenters' development and their ability to commit to a bigger push.

Ignition Wealth is comparatively well funded in the Australian fintech field, both through our capital raises and through existing customer revenue. I realised how much more flexibility that gives our own development team to push for innovation.

The best-in-show tools announced for FinovateSpring 2016 were: BanQu, LendingRobot, PayActiv, Quid, SaleMove and Silver6, all of which were exceptional fintech innovations.

For me, SaleMove and Silver6 were the standout offerings of the two days while BanQu is remarkable because it is groundbreaking, humanitarian and solves a huge, audacious goal. Fintech at its best. 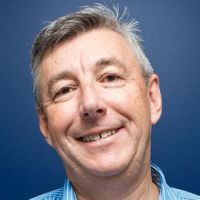