As Justice Kenneth Hayne takes his aim at Australia’s big four with the royal commission into Australia’s $145.8 billion financial services sector and discussions over an open data regime begin to take hold, the exclusion of super funds and life insurers from this regime is a glaring omission.

While the federal government's push for a more competitive and open banking regime is both a necessary and important step for the industry when it comes to the question of access and transparency for consumer data, a healthy and competitive financial services sector is one that would allow similar consideration to be given to the sector's other major actors such as within superannuation.

The Scott Farrell-led Review Into Open Banking hinted that super funds could be included in later stages of the regime’s implementation as it expands to involve other sectors like energy and telecommunications.

The report, released earlier this month, outlines a comprehensive framework for what an open banking regime could look like and is the first stage in enforcing a Consumer Data Right that ensures Australian consumers have the final say when it comes to controlling their data, including who can have it and who can use it.

According to the review, it is hoped that such a regime will offer the ability to share customers’ banking data in a more seamless and secure way, making it easier for customers to take their data with them when dealing with non-traditional or third party providers.

Giving these customers “greater control over their banking data” could transform how they interact with the banking system and Australia’s financial services landscape, the report asserts, because individual consumer data contains valuable insights into “a customer’s financial situation, how they manage their finances, where they spend their money” and ultimately how they use financial services.

It also carves out a swathe of opportunities for the formation of alternative products and levels the playing field for fintech start-ups by reducing the costs incurred from switching providers.

Effectively, the review is an admission of the industry’s need to change and adapt accordingly as the clarion calls for greater accountability and transparency begin to be heard. Yet giving consumers both control and access to this data also signals our pivot as an industry towards a new paradigm of trust, one which super funds must not be excluded from.

Opening up the scope of customer data made available across the broader financial services landscape as well as opening up the extent to which third parties and fintech startups can access this data would empower consumers with more choice and a greater understanding of their financial positions.

Currently, many super funds are frustrated by an inability to get ready access to customer data, particularly from third party administrators, and provide it to appropriate third parties.

At SuperEd, we believe that better access to data would enable more funds to work with best of breed third parties and could help with the disaggregation of a fund's full services and advice capabilities while providing greater transparency and control to everyday Australians.

From our perspective, the ability of people to make better-informed decisions is greatly enhanced by an open data regime in banking and other financial services.

Reflecting on our team’s experience within the super industry, we have learnt that super funds may often feel constrained and restricted when it comes to making a customer's data available to third parties.

For end consumers, the problem we see today is often people don't really understand their financial situation and they lack the confidence and insights to make better-informed decisions.

Open banking will empower consumers and better enable advisers such as SuperEd to help consumers to minimise costs (such as fees and interest) and build their financial literacy and well-being through better money management. It will also help increase engagement in long term savings by integrating short term behaviours and goals.

With an open banking regime, the ability to pick and choose the best services from a multitude of providers places the consumer at the very heart of the financial services system and that will encourage additional competition among the major institutions in this new paradigm of trust and transparency.

In his announcement of the review, Federal Treasurer Scott Morrison said the Consumer Data Right will be established sector-by-sector, beginning in the banking, energy and telecommunications sectors.

For us to achieve this vision of an open, competitive and vibrant open-data environment with opportunities for both consumers and fintech businesses, it is paramount that the super sector is not overlooked in the conversation.

At SuperEd, we are passionate about empowering Australians to make better financial decisions that safeguard their short- and long-term financial futures. An open banking regime would better facilitate that by giving customers control over product information.

This can only be seen as a win for consumers and a real positive step forward for the industry.

SHARE THIS STORY
0
SHARES
join the discussion
Could crowdfunding replace green investments?
There’s much more to blockchain than crypto
FROM THE WEB
Recommended by Spike Native Network 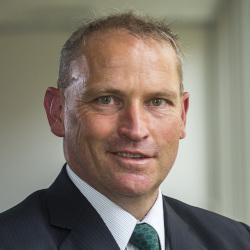