The emerging cryptocurrencies, and the underlying distributed ledger technology, address some of the shortfalls associated with present fiat currencies as a medium of exchange and a store of value.

The use and exchange of cryptocurrencies present some real regulatory challenges and risks for operators and traders.

Once a cryptocurrency has been mined, an owner has no obvious way of monetising it other than via OTC (over-the-counter) transactions or the small, albeit growing, number of businesses that accept it, which can involve significant trust and verification issues.

Cryptocurrency exchanges have emerged as one way in which owners have sought to use a verifiable and trustworthy marketplace for transaction verification and confidence.

Given cryptocurrency's inherently private and unregulated nature, questions arise as to the best way to set up a cryptocurrency exchange for currency such as Bitcoin, and if so, how.

Essentially, a cryptocurrency exchange can do one or all of the following:

All of the above involve complex and inherently difficult issues of ownership and trust. There can be more complex exchange arrangements where products that give exposure to cryptocurrency are available (such as derivatives).

Regulators are struggling to keep up with developments and cryptocurrency exchanges pose a number of interesting issues, which we take a look at below.

One of the main benefits of cryptocurrency exchanges and the distributed ledger technology which underpins it is that it is transparent: users can easily see which other users are on the blockchain. Another perceived benefit is that user details are anonymous.

While wallet ownership usually remains private, enforcement authorities such as the police and financial authorities, as well as sophisticated criminals, may be able to link wallet addresses to real life addresses, especially if the wallet addresses are connected to bank accounts.

This is usually managed by way of consent forms, collection notices, and privacy policies.

Another major area of concern is with respect to the security of personal information. The mandatory notifiable data breach scheme which came into effect on 22 February 2018 and the EU General Data Protection Regulation (which comes into effect in May 2018) have heightened this risk.

While using cryptography is one technique that may help to reduce the risk of data breach, additional protections can also be built into the system, for example, ensuring that data is only revealed to those who ought to be seeing it and de-identifying data.

Ensuring that service providers maintaining the exchange comply with security standards and notify you of any security incidents is also critical.

Compliance with a range of standards can also assist. For example, Standards Australia has been tasked with developing an international standard for blockchain and distributed ledger technology under ISO/TC 307.

Once developed, it would be good practice to adhere to these standards when building a blockchain and an exchange.

Cryptocurrency is obviously a relatively easy way in which bad actors, including criminals and terrorists, can launder money or transfer money in a way that is difficult for authorities to detect.

The Australian government has recently passed the Anti-Money Laundering and Counter-Terrorism Financing Amendment Act to expressly include digital currency exchanges as part of its remit.

They will also need to comply with general prohibitions on engaging in business with scheduled countries (such as North Korea, Iran and Syria, as well as identified persons in other countries such as Libya, pursuant to Australian sanctions regimes).

Given the inherently anonymous nature of cryptocurrency, this could be a significant compliance hurdle.

There has been considerable debate in Australia about the tax treatment of cryptocurrency. Up until recently, Australia did not regard cryptocurrency as currency for income tax or goods and services tax (GST) purposes.

However, as a result of amendments to the GST legislation in 2017, cryptocurrency is now effectively treated as currency for the purposes of GST (ie, as money), but not income tax purposes.

Where cryptocurrency is held for the purpose of sale or exchange in the ordinary course of business, it is treated as trading stock for income tax purposes.

The proceeds from the sale of cryptocurrency are assessable income and expenses incurred in respect of mining and trading activities are deductible.

The difference between the value of cryptocurrency held at the beginning and the end of the tax year must be brought to account as either assessable income or an allowable deduction.

Commissions or fees received by the operator of an exchange (i.e. market entry fees or commissions) are assessable income and expenses incurred in providing the exchange services are generally deductible immediately, or on a deferred basis, if the expenses are of a capital nature.

Sales of cryptocurrency are not subject to GST and input tax credits are generally not available for anything purchased to make those sales. Certain listed purchases are eligible for a reduced input tax credit of 75 per cent of any GST included in the purchase price.

GST will be payable on the brokerage or facilitation services provided by the operator and input tax credits will generally be available for anything purchased to provide those services.

Providing a cryptocurrency may fall within the scope of laws regulating financial services and products.

The potential for this has become stronger as cryptocurrency has evolved consistent with other product lifecycles that attract investor interest.

The Australian Securities and Investments Commission commented in 2014 in its submission into the Senate inquiry into digital currency that its view was that "digital currencies themselves do not fit within the current legal definitions of a ‘financial product'."

In 2017, ASIC in Information Sheet 225 on Initial coin offerings (ICO) comments that "the legal status of an ICO is dependent of the circumstances of the ICO, such as how the ICO is structured and operated, and the rights attached to the coin (or token) offered through the ICO".

We are at a point now where the development of cryptocurrency has increased across different providers and structures.

With this development we are seeing steps to differentiate what is being offered and the manner in which investors can gain exposure to this asset class.

Care must be taken to ensure that the involvement of marketplace participants from other countries does not render the operator liable to long-arm jurisdictions.

Where a country and its jurisdiction starts and finishes in an electronic world is not at times clear. For example, if a US citizen or resident trades on an exchange, it is likely that US courts would find jurisdiction to apply US law to the exchange operator and those with whom the US subject trades, even if it is located somewhere else.

Failure to consider jurisdictional issues can have disastrous consequences.

A similar level of care is required for investors with a cryptocurrency focus. This means there is a significant reach for bad actors and their targets.

With returns for cryptocurrency being chased and with everyone thinking of "easy money", if an investment is not adequately risk assessed then this could mean that an investor has no adequate protection for themselves legally and financially.

This may be the most important issue of all.

Each week seems to bring breathless new reports in the media that various countries' regulators are "cracking down" on cryptocurrency.

This can range from regulation (US), banks banning use of credit cards to purchase cryptocurrency (UK), closing down exchange websites (China) to outright bans.

Cryptocurrency is peculiarly at risk of governmental action, which can mean that a cryptocurrency can become valueless. Political risk is unquantifiable but must be borne in mind.

SHARE THIS STORY
0
SHARES
join the discussion
What to expect from the UK-Australia FinTech Bridge
Could crowdfunding replace green investments? 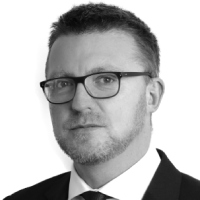