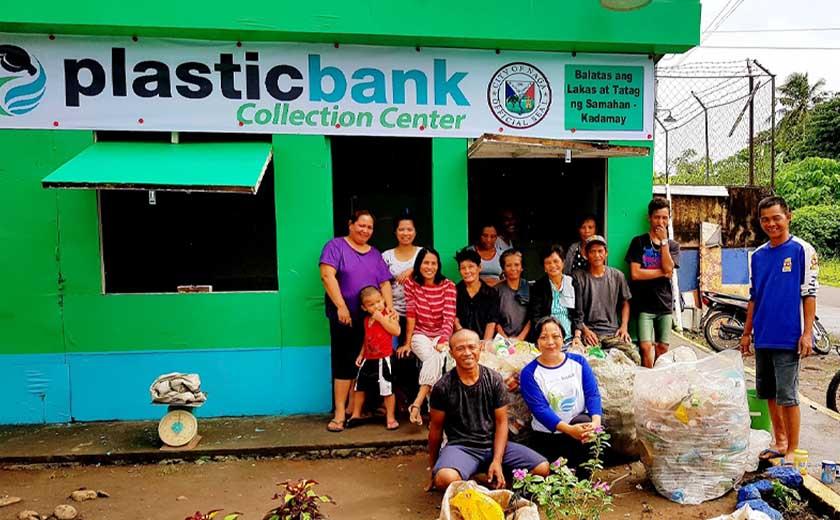 David Katz is the founder and chief executive of Plastic Bank and told delegates at IBM Think’s summit that Plastic Bank was tackling the world’s plastic problem by providing a way to turn plastic into money.

“We’re an ecosystem business model that reveals the value inherent in the petroleum product that is sitting and polluting the environment below our feet,” he said.

Mr Katz said that between 8 and 12 billion kilos are going to flow into the ocean this year and most of it was coming from areas of extreme value.

“We have to be in the knowing that most of the plastic entering the ocean is coming from areas like this, places like Haiti, one of the poorest countries in the world.

“If you live in abject poverty, existing in under $2 a day or in this community under 60 cents a day what possible consideration could you give to recycling,” he said.

It was understandable that people who didn’t know where there next meal was coming from would also not be recycling but if that plastic was given value then it would empower communities.

“We continue to try and stock everything that the world’s poor needs but can’t afford all available now using plastic garbage as payment,” he said.

Mr Katz said that people had noble intentions regarding plastic but cleaning it up while it was still happening was similar to cleaning up an overflowing sink without turning off the tap.

“Think about walking into a kitchen with a sink overflowing, if your sink is overflowing, water is seeping into the foundation of the home and you will probably panic and reach for a bucket, a mop or a plunger.

“What do you do first? Well turn off the tap, it would be futile to scoop up the water if we don’t turn the tap off first,” he said.

This bank worked by providing people with an online account said Mr Katz which would allow them to a range of financial tools and even a credit rating.

“The payment is transferred into an online account and because its online its safe from robbery and now has an asset in a savings account.

“It provides a new sense of worth and the plastic has a renewed sense of value. Powering it all is a blockchain-based banking application that allows for the safe and effective transfer of value around the world,” he said.

That was just one model and the bank was working with other organisations to enable plastic to become a payment system for medical supplies and education.

“We are partnering with a pharmaceutical company where at a small clinic, with a simple scale and a smartphone, members can use plastic to have access to doctor care or life-saving medicines. Or like our chain of schools where families can collect and return plastic and pay for tuition. It is about giving greater access to end poverty,” Mr Katz said. 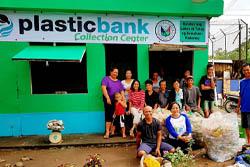