The 2022 results of the Australian Information Industry Association’s (AIIA) annual survey has found that 75 per cent of companies are actively recruiting staff, however a steep drop has been identified in acquiring local talent.

As the talent shortage in Australia’s tech sector continues, AIIA’s survey identified a 20 per cent decrease from last year’s figure, with just 65 per cent of talent being acquired in locally.

“Our members have spoken clearly. Their concerns with Australia’s specialist tech talent are significant and are holding back the sector from greater growth,” AIIA CEO Ron Gauci said.

“We are calling for immediate government action to support increased and improved training for Australia’s rapidly growing ICT sector now.

A particular note of concern by industry figures related to no government response to the “tech talent shortage” in Australia, which Mr Porter said will see the sector “shrink and job growth will slow”.

Zai CEO Paul Byrne agreed, saying a lack of recognition by government makes any hiring plans in Australia difficult in the short term.

“At this rate, we and other ambitious fintech businesses will be forced to seek out talent in other countries, which is a shame given our Australian foundations and the opportunity for Australia to be a global fintech leader,” Mr Byrne said.

On the back of the new survey findings, Mr Gauci called on the government to “prioritise serious education reform” and reform the Australian Curriculum.

“Tech is the way of the future and given it affects every other industry, Australia must prioritise and protect our local IP,” he said.

“The clear signs of businesses looking overseas to hire staff is a further reminder to government that action is needed now. More than a third (35 per cent) of our respondents said they will be hiring staff from overseas, this is talent and capability that Australia could be and should be delivering - our governments must act now to boost the talent available for businesses.

“No one measure will fix this, but a concerted push to upskill Australians will provide our nation with the capabilities to be a leading digital nation,” he concluded.

SHARE THIS STORY
0
SHARES
join the discussion
‘That should be their bread and butter’: Who got off ‘scot-free’ in last year’s regulations
The problem with regulators and the ‘unregulated world’ 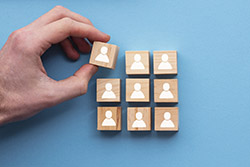