KPMG’s Pulse of Fintech report, released today, revealed there was an overall investment of US$656 million in 2016 across 25 deals in Australian fintech, up from $185 million across 23 deals in 2015.

Successful funding rounds by Tyro and Prospa were listed as factors resulting in a strong year for Australian fintech, alongside the acquisition of Pepperstone by CHAMP Private Equity.

The figures present a stark contrast to global investment in fintech companies, which was US$24.7 billion, down from US$46.7 billion in 2015.

However, the report also made clear that the total global funding figures were “still significant compared to pre-2015 investment levels”, indicating 2016 saw a particularly pointed spike for fintech investment, rather than a new normal.

Reduced M&A activity and private equity deals were said to be the main factors in the global decline, while venture capital investment remained strong, reaching a new high of US$13.6 billion, up from US$12.7 billion in 2015.

“In just five years, Australia has seen the creation of a healthy and active fintech sector, from an extremely low base of just $51 million of fintech investment in 2012 to exceed $600 million in 2016,” said Ian Pollari, global co-leader of fintech at KPMG.

“While mega deals result in peaks and troughs in overall figures, the trend is clear and demonstrates increasing interest and investment activity in fintech.” 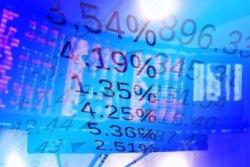