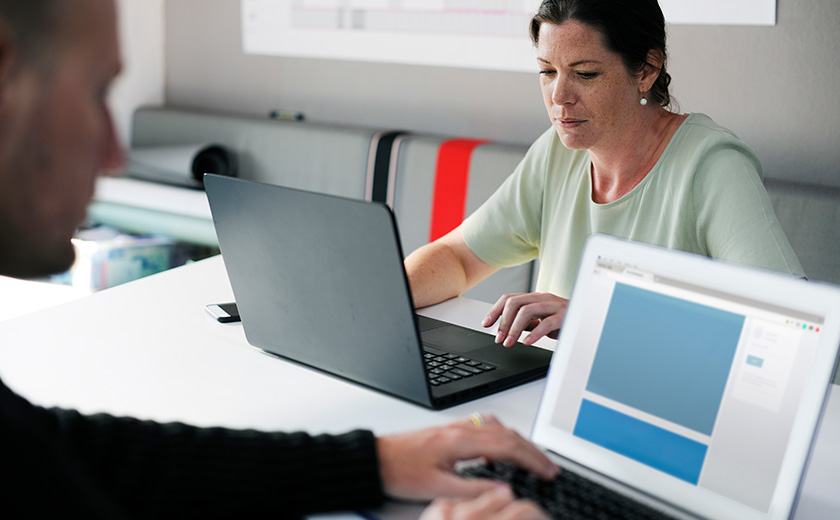 Investment Trends has reported on female investors in its 2019 2H Online Broking Report, noting that women only make up 18 per cent of 750,000 online investors across Australia, slightly up on 13 per cent in 2014.

However, as stated by Investment Trends research director Recep Peker, the proportion of women investing for the first time grew to 28 per cent of the female investor cohort, more than double the rate observed five years prior.

Like their male counterparts, women most often were seen to rely on their own research and company-produced reports as a foundation for making investment decisions, but they were substantially more likely to collaborate and discuss ideas with their friends and family (37 per cent versus 28 per cent for men).

“Women are also somewhat more likely to seek out the views of prominent investors and commentators (24 per cent versus 22 per cent), listen to investment-related podcasts (19 per cent versus 17 per cent), and rely on investment-related online forums and blogs, with the Barefoot Investor a firm favourite (accessed by 36 per cent of women investors versus 19 per cent of males),” Mr Peker said.

More women than men who intend to begin investing in the next 12 months reported they want to start with small amounts of money (52 per cent against 33 per cent). They are also significantly more likely than men to want education, a good understanding of how to manage risk and the ability to learn and share from others.

“It is no coincidence, then, that both in Australia and globally, women investors have increasingly embraced low entry cost products with ETFs at their core, such as microsavings apps and robo-advice services,” Mr Peker commented.

Currently, more than half of online investors have said they invest in international assets in some way, a proportion that is roughly similar across genders (50 per cent for women and 55 per cent for men).

But the longer a person has been investing, the more likely they were to seek exposure to investments outside Australia.

“Where our research shows a gender differential for overseas investing is in the investment vehicles used for overseas exposure,” Mr Peker said.

“Women are more likely than men to access international exposure through ETFs (55 per cent versus 49 per cent) instead of direct equities (36 per cent versus 46 per cent). Clearly, the core benefits of ETFs – low cost, easy access to a diversified portfolio – resonate strongly with women irrespective of the fund’s underlying exposure,” Mr Peker said.

More than a third of Australian investors (36 per cent) said they have or will use ESG factors when selecting their investments.

But, women investors are almost twice as likely to feel they don’t know enough about responsible investing to get started (22 per cent vs 12 per cent).

“Service providers and product manufacturers can make a positive difference by helping women align their investments to their values, goals and aspirations,” Mr Peker noted.

“But to do this, they must deliver the products and tools to help start the investment journey and deepen the investing journey

“Service providers and product manufacturers can make a positive difference by helping women align their investments to their values, goals and aspirations. But to do this, they must deliver the products and tools to help start the investment journey and deepen the investing journey.”

Further to the Investment Trends research, Fidelity has noted how financial issues affect women’s wellbeing in its Value of Advice study.

It has found almost half (44.1 per cent) of Australian women would not be financially stable if their relationship were to end tomorrow, compared with 29.7 per cent of men.

Women were also more likely to be vulnerable with job security, with one in three (34.5 per cent) reporting they could only manage for up to a month if they lost their job unexpectedly, compared with 23.8 per cent of men.

Overall, 28.8 per cent of women feel reasonably or very prepared for retirement, compared with 42.2 per cent of men.

Fidelity reported 47.9 per cent of women said that preparing for retirement compounds their financial worries stressors, in contrast with 38 per cent of men.

“With women still earning less, as well as being more likely to take time out of the workforce to raise a family, superannuation balances for women are significantly smaller,” Ms Devoy said.

“This is a serious issue, especially when you consider that women’s life expectancy is longer.”

She noted closing the gender gap and helping women save more in their super are critical issues.

“The fact that a significant proportion of women worry about their financial security and don’t think they could manage if their relationship broke down or they suddenly lost their livelihood is very concerning, for more than just financial reasons,” she said.

“Financial stress has many different knock-on effects – it impacts physical health as well as mental health, and personal relationships. In our survey, more than half of women (57.7 per cent) said that financial issues have adversely affected their mental health, compared to 47.8 per cent of men.

“In addition, 41 per cent of women report their physical health has been impacted, compared to 33 per cent of men.”