In a statement, Iress said it had received an offer from a group of funds represented by European private equity investor EQT Fund Management to acquire all the company’s shares at a price range of between $15.30 and $15.50 per share.

“The indicative proposal followed a prior confidential, unsolicited, non-binding proposal received from EQT on 18 June for $14.80 per share, which the Iress board rejected as it was not considered to be in the best interests of shareholders,” the company said.

Iress said it had also rejected the subsequent offer “after careful consideration, including obtaining advice from financial and legal advisers”, but that “discussions were continuing” with the investment manager.

“The Iress board unanimously concluded that the indicative proposal was conditional and did not represent compelling value for Iress shareholders,” the company said.

“The board informed EQT that it was prepared to provide it with access to limited non-public information so EQT can develop a proposal that is capable of being recommended to shareholders.”

At the same time, the company flagged plans at its investor strategy day to more than double net profit after tax by 2025, with chief executive Andrew Walsh saying a “comprehensive board-led review” conducted by the company had revealed that market opportunities for the company were “greater than previously anticipated and current consensus.”

“We are executing our growth strategies including in the United Kingdom, in superannuation and for investment infrastructure. In completing the transition to a single technology platform we will also achieve greater operational leverage and speed to market.”

Following the completion of its acquisition of OneVue late last year, Iress said it would look to build a holistic infrastructure that allowed “seamless and straight-through [technology] from advice to execution of all asset classes”.

The group said the move would reduce execution costs and inefficiencies for advisers, while cutting licensee compliance expenses and allowing direct connection between clients and investments. 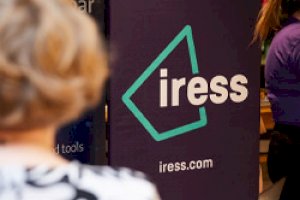