Home/
Wealth/
Hume declares 'the worst is over' for advisers, backs finfluencers

Speaking to Stockspot chief executive and founder, Chris Brycki, financial services minister, Jane Hume, said that while the last two decades have been tumultuous for the advice industry, “the worst is over, and the industry has settled in”.

“Now that has been a really uncomfortable shift for a lot of people, so we kind of knew that people were going to leave the industry if they didn’t want to come along on that journey.”

Ms Hume explained that on top of these fundamental changes which have seen the compliance component of advice become “more and more onerous”, the digital disruption has posed further challenges.

But, she explained, digital solutions now offer the opportunity to bridge the advice gap by facilitating cheaper advice for people who need limited guidance.

“Not everybody needs a full financial plan on day one, sometimes they just need bite-sized pieces of advice on the way through and certainly digital advice can fill that void,” Ms Hume said.

“Digital solutions can rally help reduce the compliance burden for traditional advisers that reduces the cost of a financial plan.”

According to the Senator, digital advice does not pose a threat to traditional advisers.

“ASIC have come down really hard on finfluencers. They’re leaning towards the more cautious side saying that this is financial advice, particularly if they accept commissions or any sort of gain for promoting a particular product or service and rightly so.

“But at the same time, people have been offering free financial advice or free tips for forever and a day. It used to be in the 1930s what was it they said “when the bell boys start giving you stock tups it’s time to exit the stock”, taxi drivers, whoever it might be, there’s been lots of advice out there from friends, family and strangers for forever and a day and I think most Australians are sensible enough to be able to distinguish between financial advice and a tip from a stranger,” Ms Hume said.

Throughout 2021, Ms Hume didn’t hide her sometimes controversial view on finfluencers, referring to them as the latest iteration in a long line of consumers sharing views about financial markets, not unlike “taxi drivers giving stock tips”.

Speaking at the AFA Evolve Conference in September, she argued against government intervening, noting that the real threat to advise comes from fraudulent members of the industry.

“Earlier this year, I made a comment about TikTok finance influencers or finfluencers, and I made it very clear, if they’re not authorised and registered, they are not financial advisers. They’re the equivalent of a taxi driver giving stock tips,” Ms Hume said at the time.

“It goes without saying that if you make a financial decision that goes drastically wrong based on the musing of a taxi driver or a guy down at the pub, or a 16-year-old on TikTok, it shouldn’t be up to the government or indeed the industry to bail you out.”

Early last year, survey results by MLC revealed that as many as 13 per cent of Aussies aged between 18 and 34 are regularly using platforms such as TikTok, Facebook and Instagram as a financial resource. Today, these numbers are believed to be much higher. 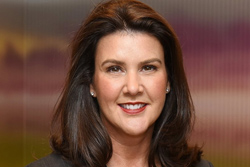